Today we can finally present the cover and tracklist of our new album “The Great Brotherwar” to you, which will be out on October 27th through NoiseArt Records 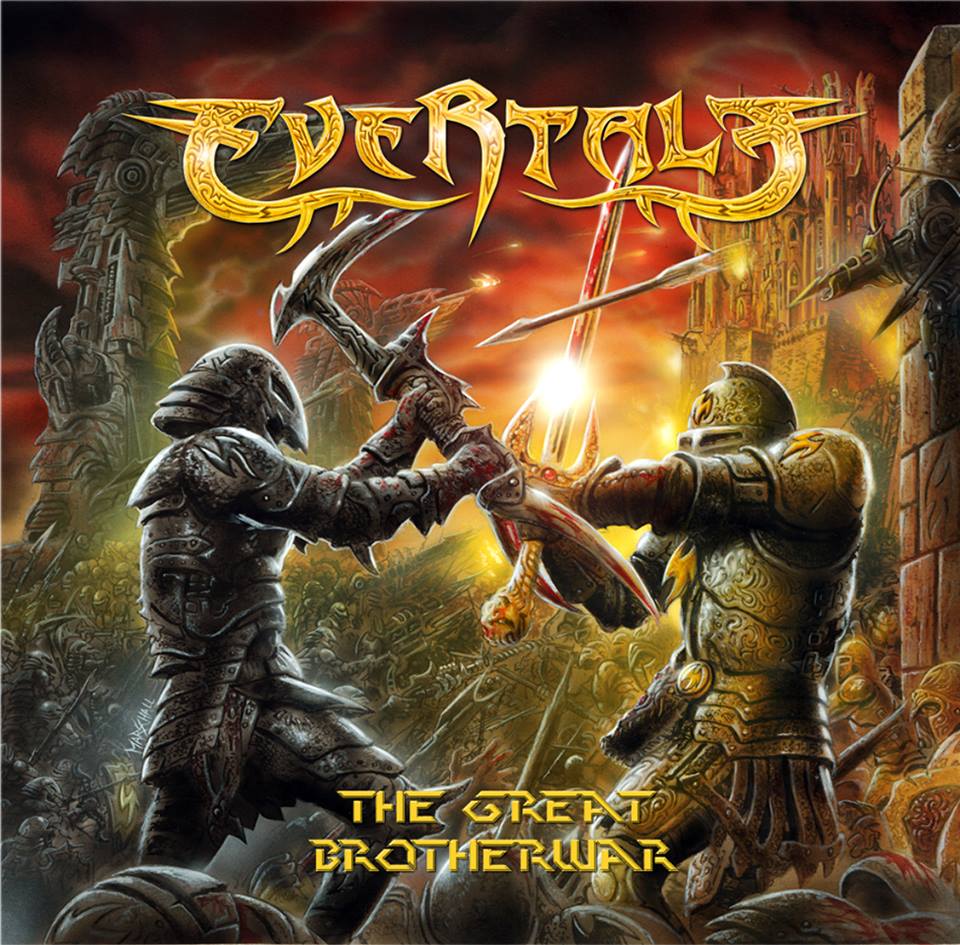 The cover was done by no one less than Andreas Marschall. Andreas is a living legend for us, since he designed many, many covers and artworks of our musical heroes. We feel very honoured and are very proud, that we were able to work with him as well.

To shorten the time and your waiting for the release, we are also able to announce today, that there will be two digital singles available.

As usual we appreciate your support and encourage you to share this post on your wall and/or with your friends to spread the word.